Freeman’s is pleased to announce its inaugural Ritual and Culture auction, to take place in Philadelphia on Wednesday, September 23 at 10:00 AM EDT. Celebrating the richness and diversity of global cultures, this sale includes objects and works of art from Africa, Asia, medieval Europe, and the Americas, with some pieces dating back to antiquity.

Works were hand-selected across categories by Freeman’s specialists. Together, they explore the human desire to understand the universe through religious expression and artistic creation. This eclectic event encourages both lifelong and emerging collectors to adopt a more fluid and personal approach to how they add new pieces.

With an emphasis on traditions and ceremonies, Freeman’s will present objects, artifacts, texts, and codices relating to deities, hagiography, storytelling, bodily practices, cultural transmission, and our relationship to animals and nature. 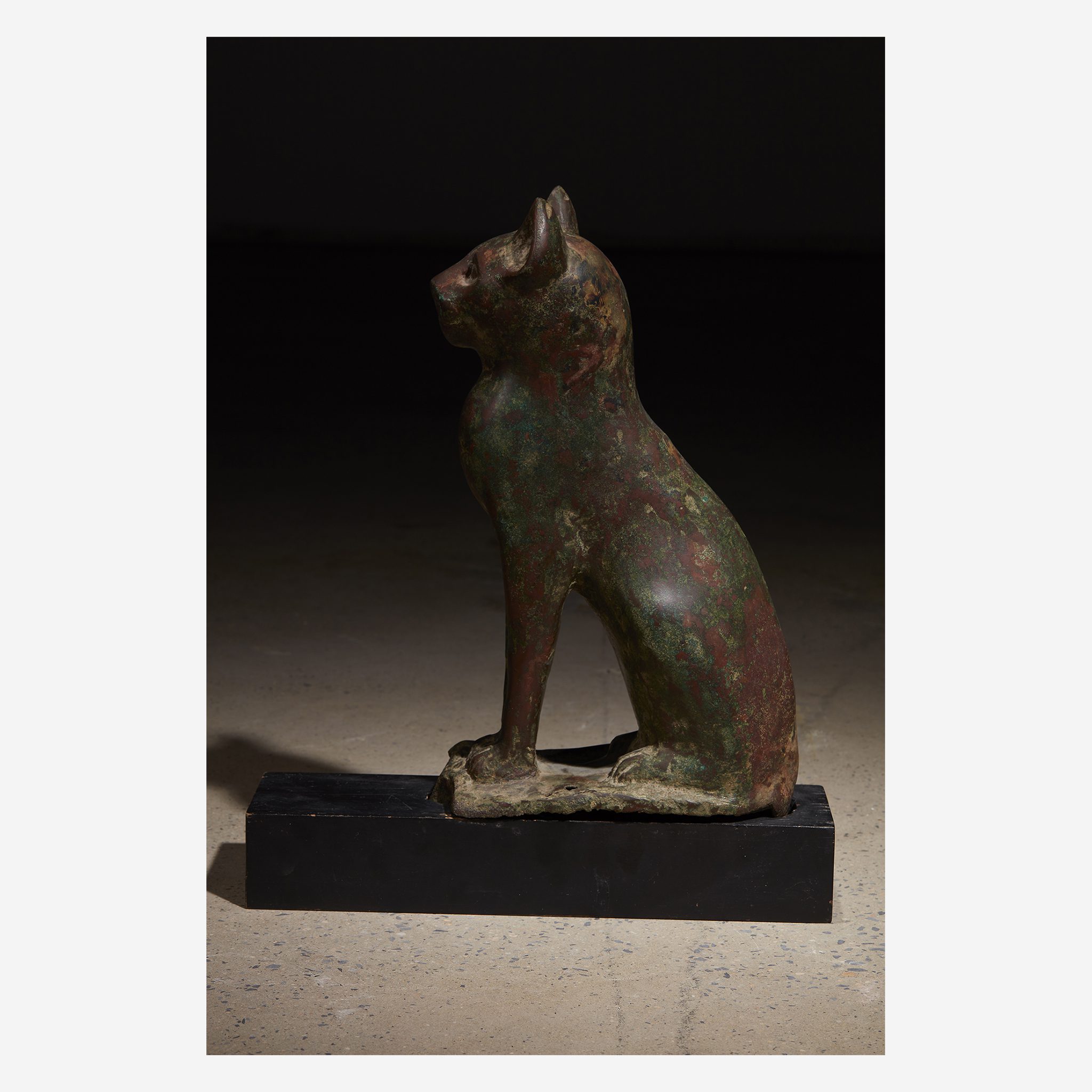 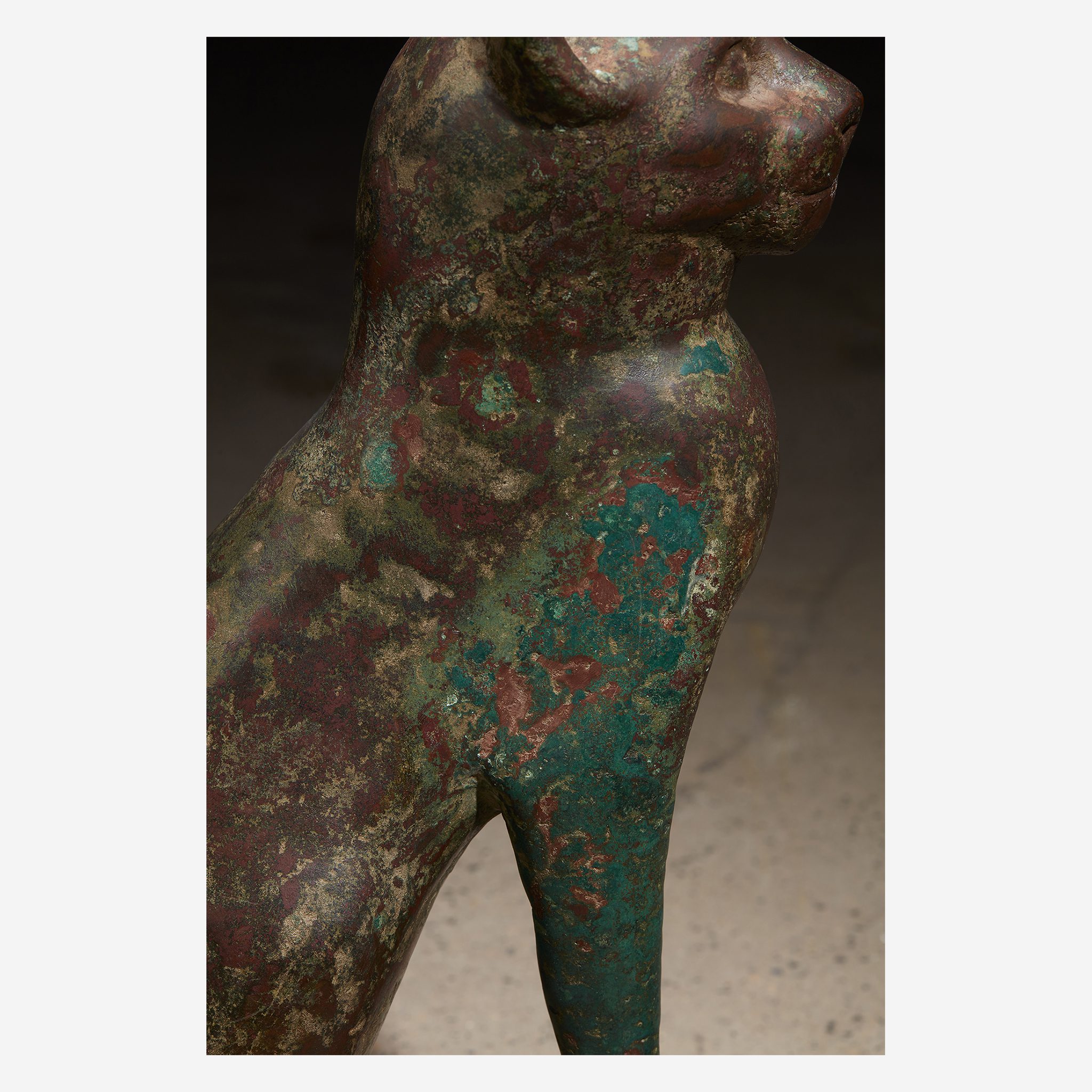 GOTHIC SCULPTURES, A LEAF FROM THE FIRST BOOK PUBLISHED IN THE WEST, AND A NATIVE AMERICAN WAR RECORD

French and Burgundian Gothic sculptures from a private New York City collection are among the event’s highlights. These pieces were privately evaluated in 2011 by the late Théo-Antoine Hermanès, the noted Swiss medievalist and conservator.

Coming from that collection is a large, 15th century Burgundian carved limestone portal or funerary figure, which likely represents Saint Catherine of Alexandria (Lot 7, $10,000-15,000). This piece was once believed to depict the “Pregnant Virgin,” likely due to the low-slung, protruding belly.

Also notable from the collection is a life-size limestone bust of a kneeling man, possibly Nicodemus or Joseph of Arimathea from the late 15th/early 16th century (Lot 10, $8,000-12,000). It is carved from the iron-veined limestone of the Strasbourg region and crafted in the manner of the master of Strasbourg Cathedral, Hans Hammer.

From the same collector also comes a life-size Egyptian Late Period bronze figure of a seated cat, circa 664-332 B.C.E. (Lot 3, $30,000-50,000). In Ancient Egypt, cats were associated with the goddess of pregnancy and childbirth, Bastet. This piece has not been to market since it was acquired at Sotheby’s New York nearly 40 years ago. 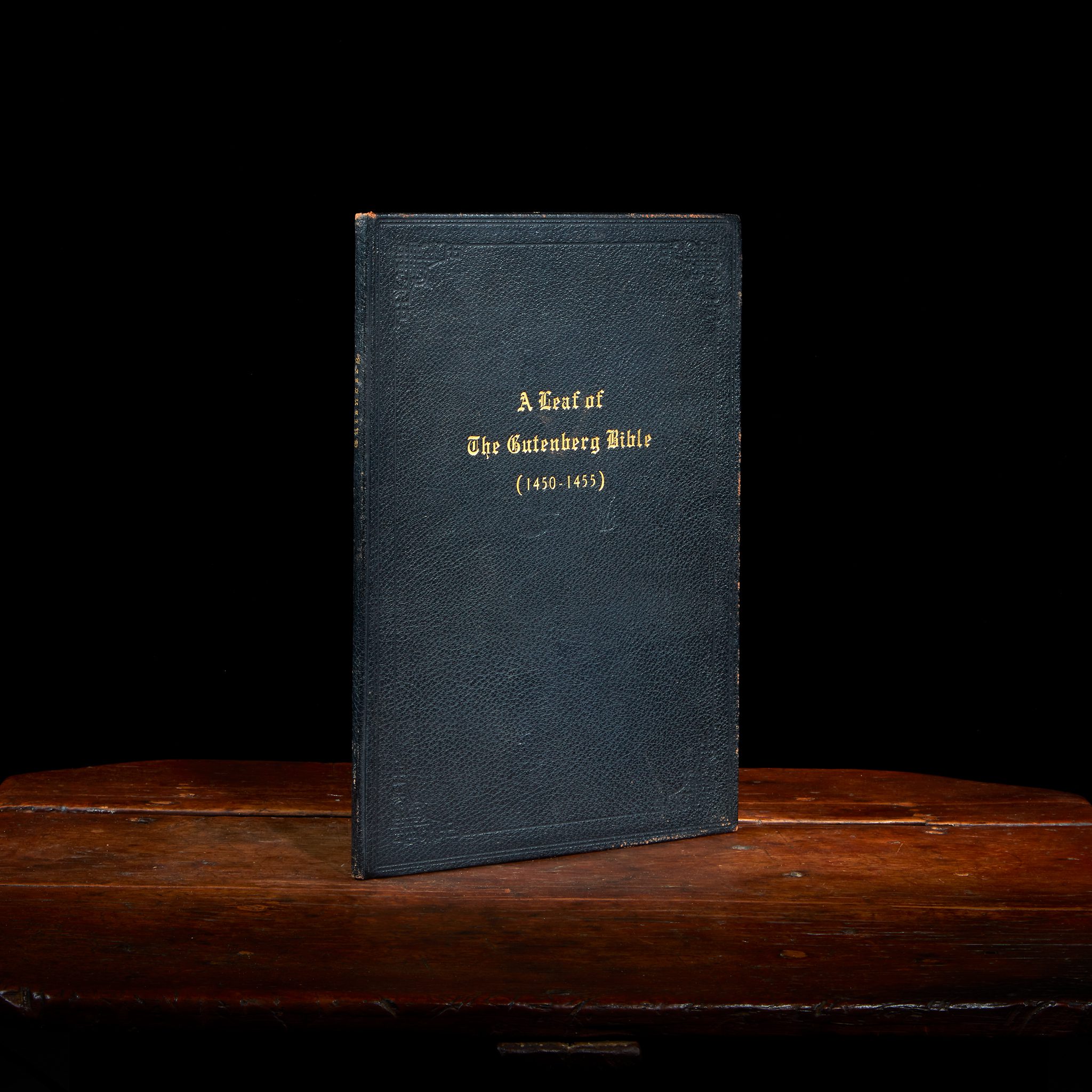 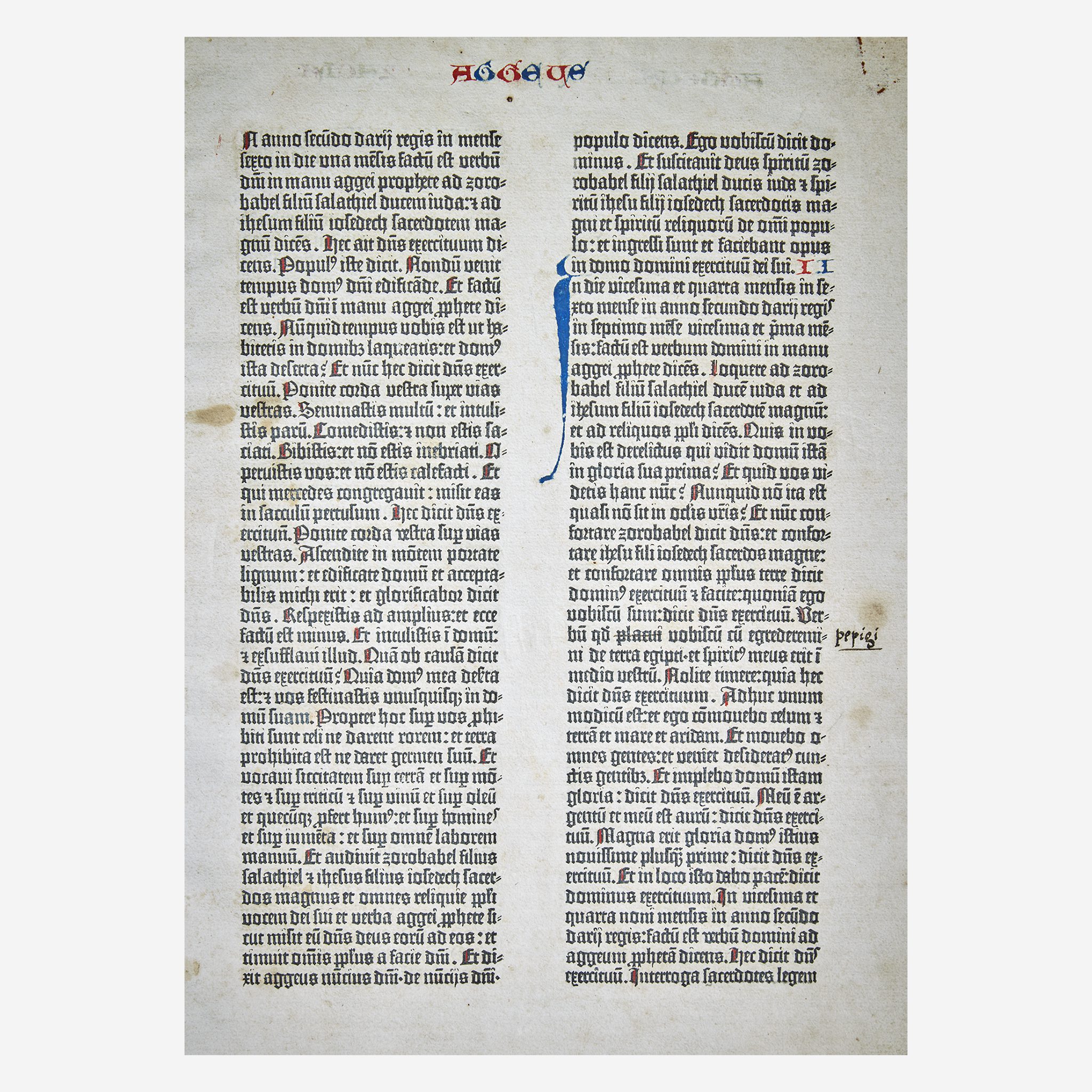 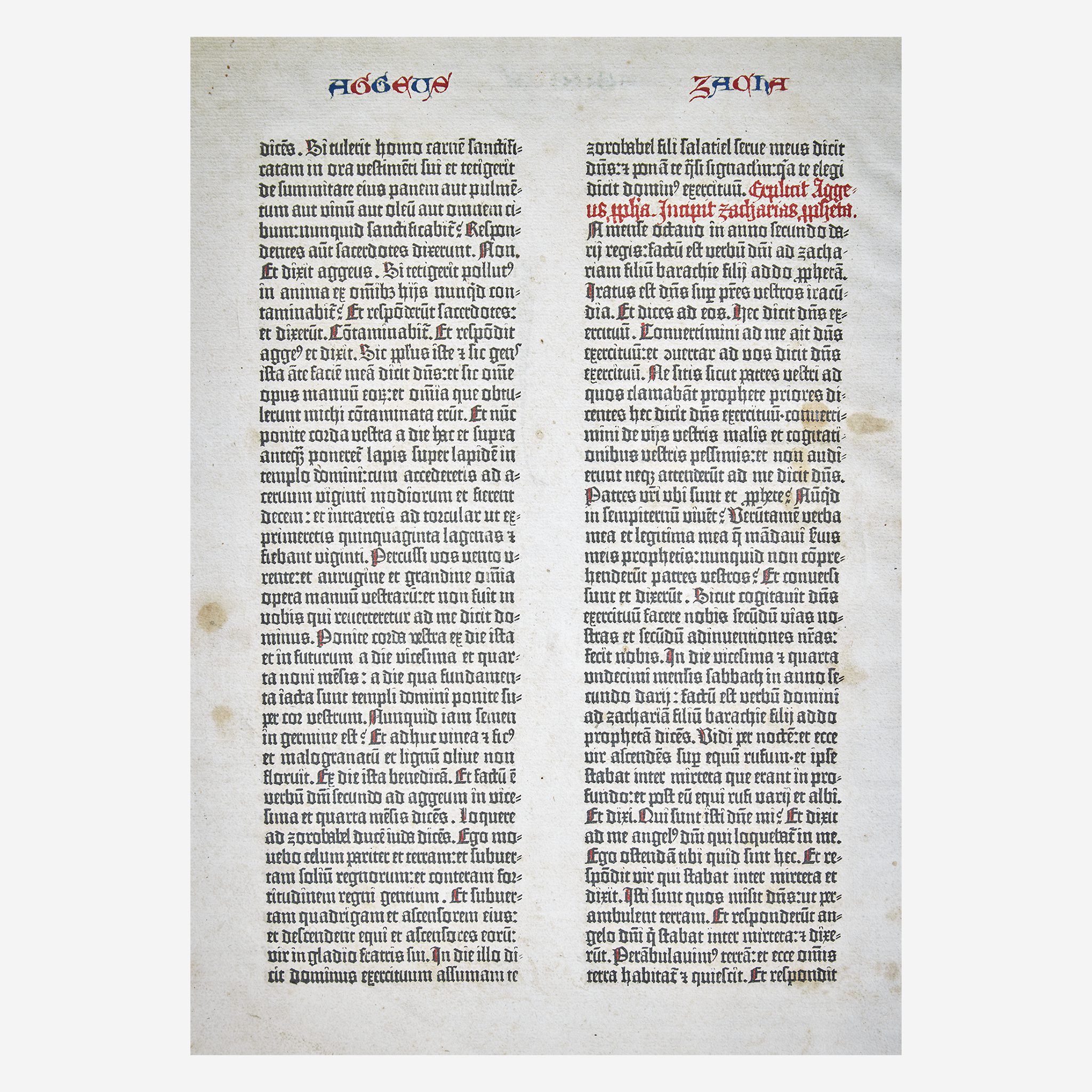 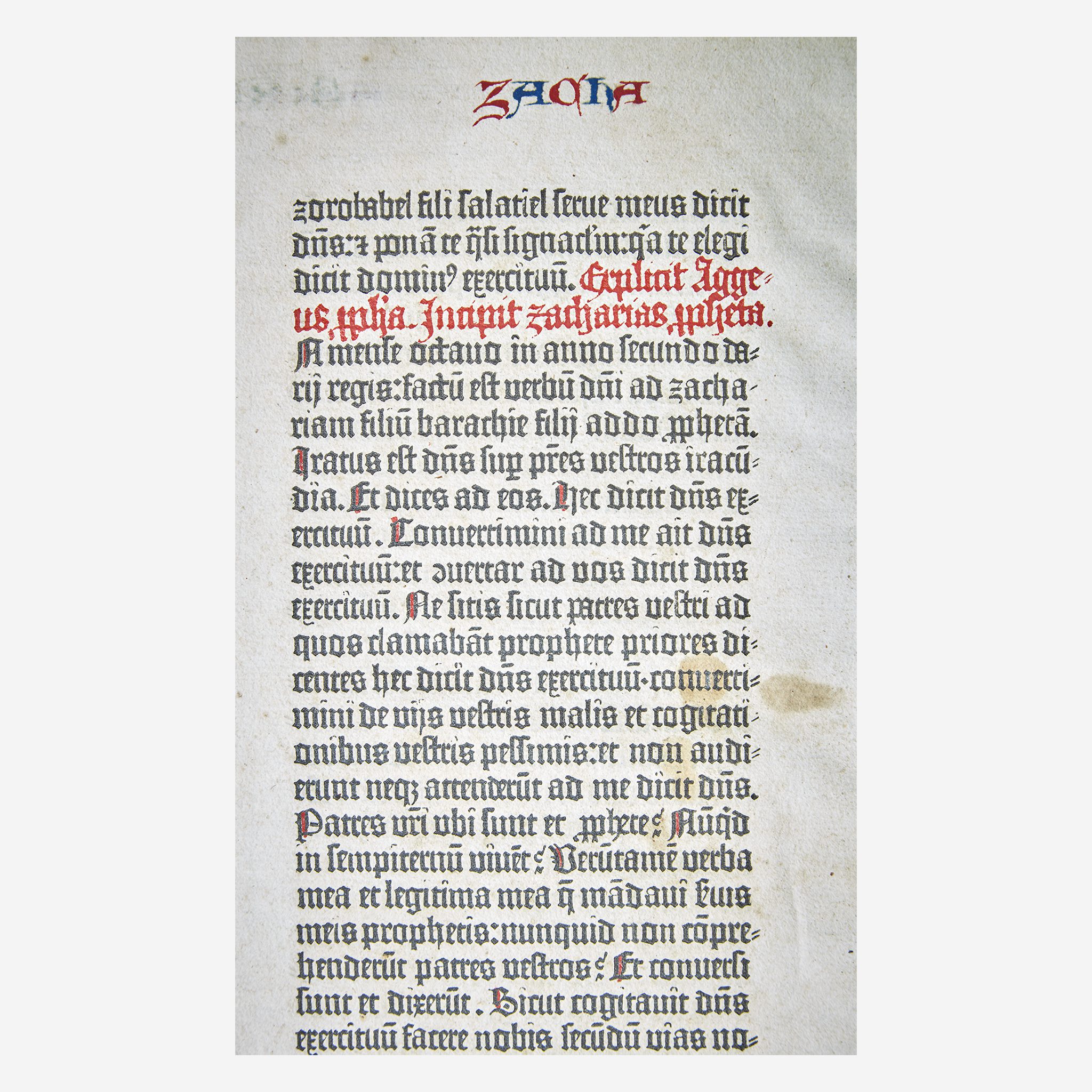 Fifteen incunabula, or books printed before 1500, will also be featured. This is headed by a leaf from the first printed book in the West, the Gutenberg Bible, circa 1450-55 (Lot 26, $40,000-60,000). This leaf was part of a defective copy from the Munich Royal Library’s collection. In 1832, English diplomat Robert Curzon purchased it, and bookseller Gabriel Wells broke it up to sell as individual leaves in 1920.

Also included in this auction will be a Great Plains pictographic War Record from the Lakota or Kiowa from circa 1880 (Lot 46, $30,000-50,000). This artifact was purportedly collected by First Lieutenant Harry Gibbons Cavenaugh (1843-1919) of the 13th Regiment U.S. Infantry at Fort Robinson, Nebraska in the 1880’s. 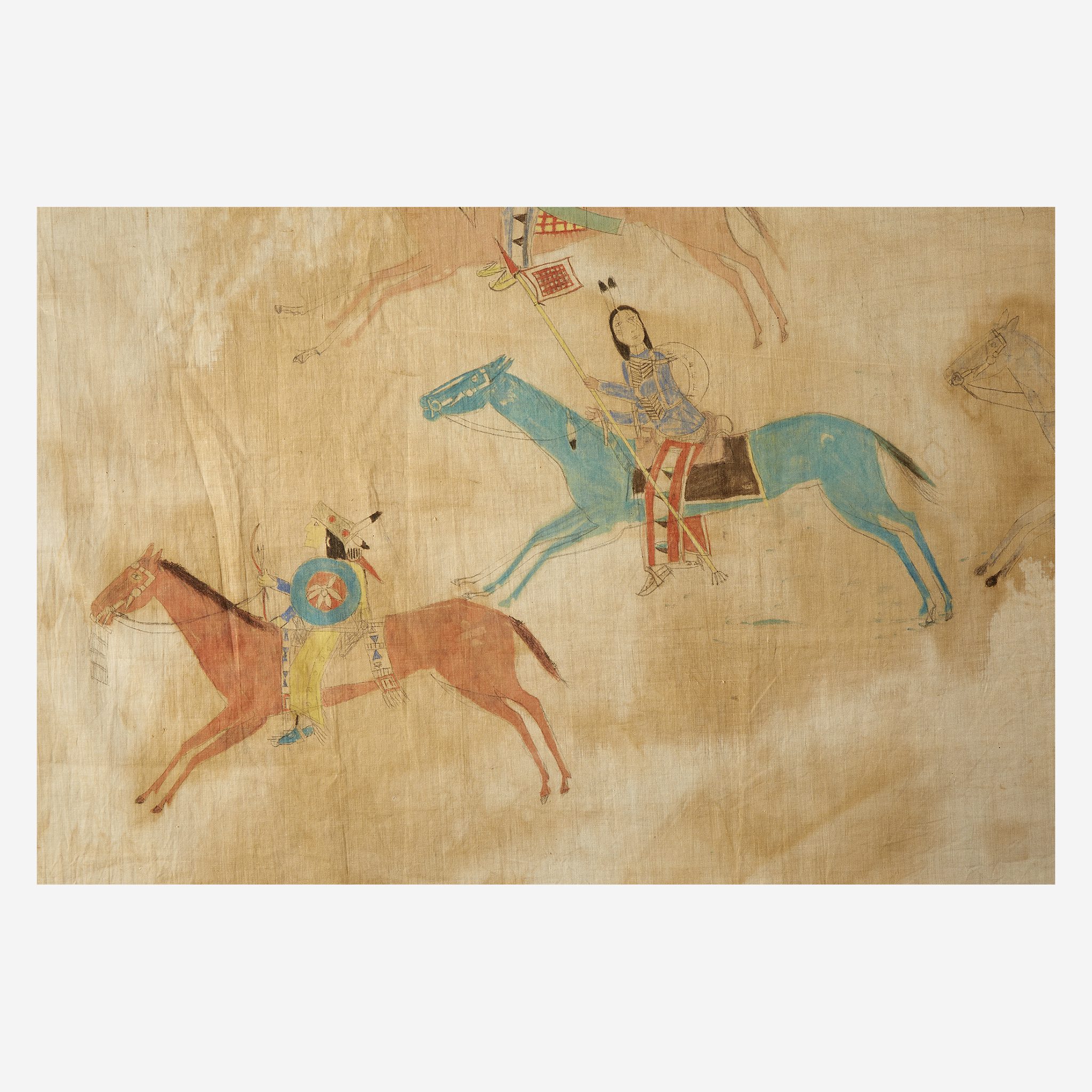 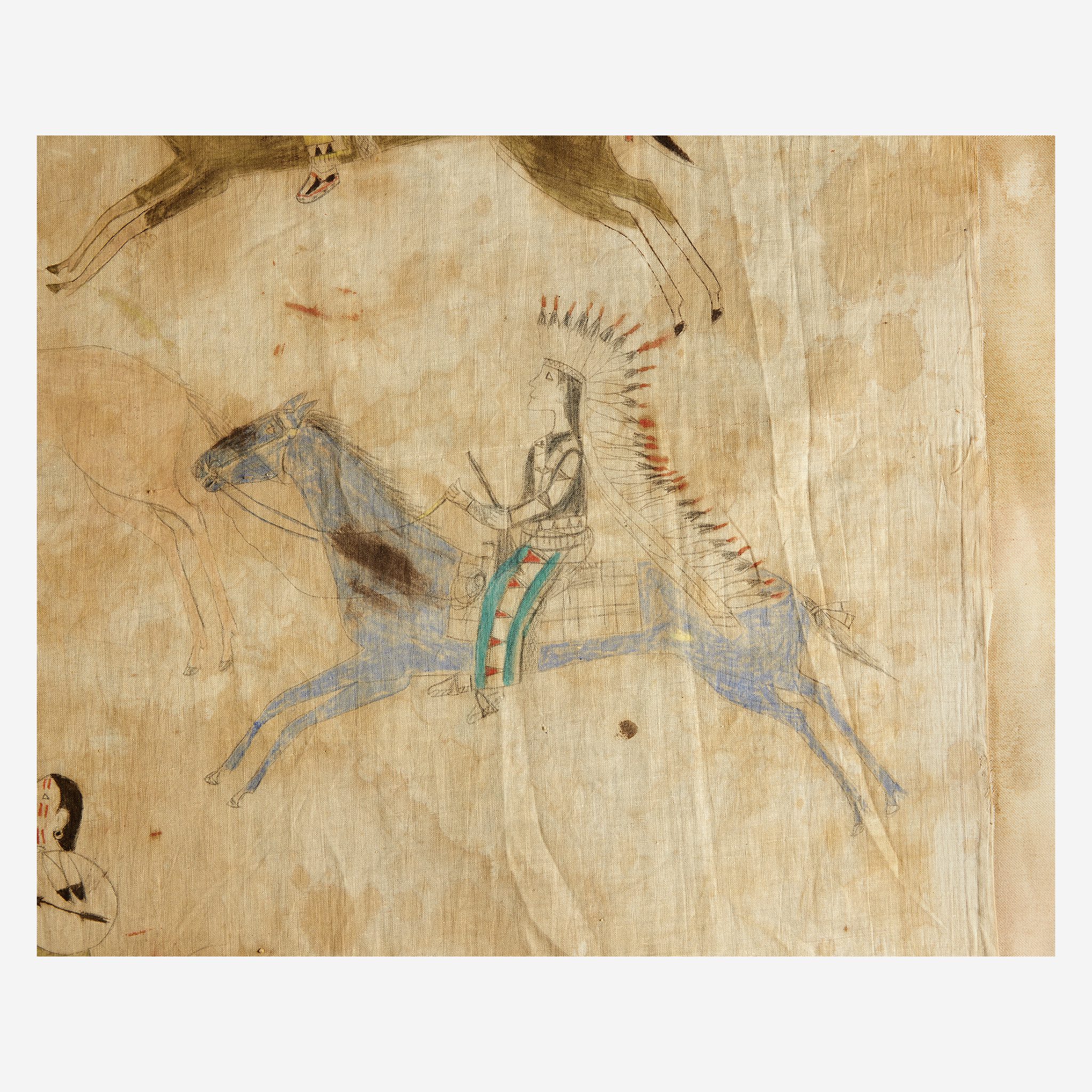 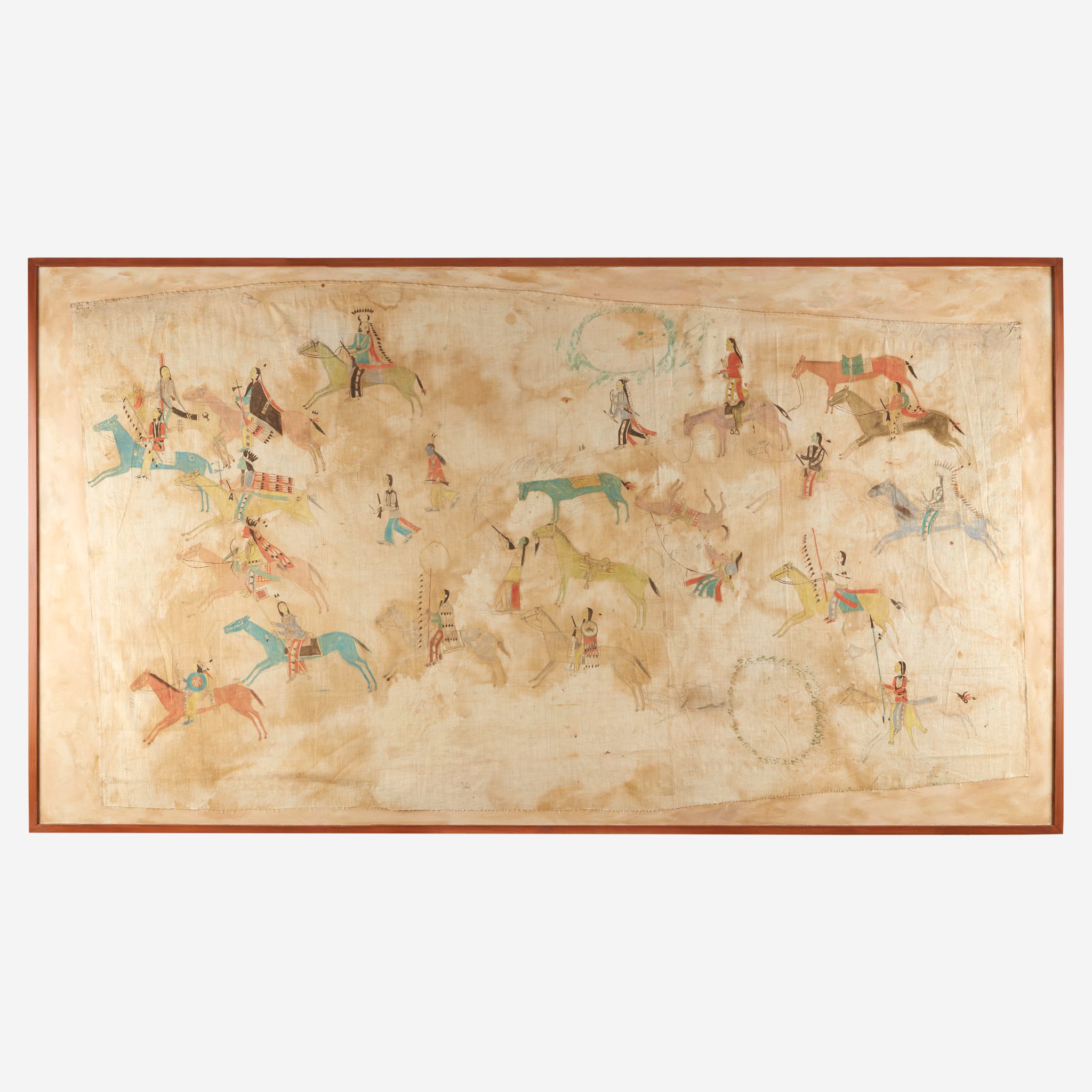 AFRICAN MASKS AND ARTIFACTS FROM THE COLLECTION OF THOMAS MCNEMAR
Freeman’s is especially pleased to offer as part of this sale The Collection of Thomas McNemar, which features nearly fifty lots of African masks and artifacts of ritual significance, as well as a larger group of highly decorative works.

Thomas McNemar was a prominent collector and gallerist, specializing in the arts of West and Central Africa. After building his own collection, he established the McNemar Gallery on East 50th Street in New York, and, later, another in San Francisco. He also acted as a consultant for major sales, including the seminal Helena Rubinstein sale at Sotheby’s Parke-Bernet in 1966.

Highlights from the McNemar Collection include a carved wood and kaolin Mbole Yela mask from the Democratic Republic of Congo (Lot 138, $3,000-5,000) and a large collection of carved wood Guro, Jimini, Senufo, and Baule heddle pulleys from Côte d’Ivoire (Lot 109, $3,000-5,000).

FINDING A NEW COMMON GROUND: FREEMAN’S THEMED AUCTIONS
The Ritual and Culture sale is the latest in Freeman’s new themed auctions. These invite collectors to consider how an idea, concept, or passion manifests itself across different art categories. Other upcoming themed auctions include  Age of Exploration: Travel & Discovery on October 14th and ELEMENTS: Earth & Fire on October 21st.

This year’s Pennsylvania Sale is still open for consignment. If you have a piece that would make an exemplary addition to the event, please contact Tim Andreadis at tandreadis@freemansauction.com with more information about your property.