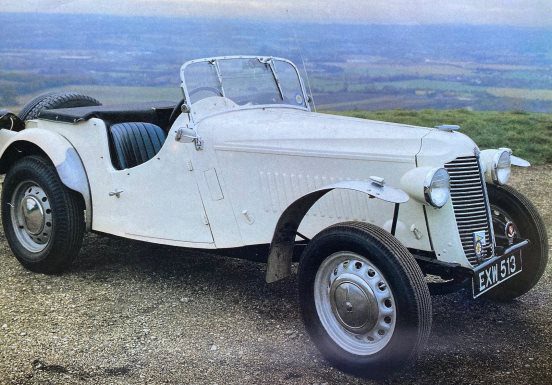 A BUTCHER’S VAN, THEN A MILITARY TRUCK, AND THEN A RACE WINNING TRIALS CAR

A race winning Vauxhall trials car estimated to sell for £11,000 £13,000, with H&H Classics, started life as a humble butcher’s van, was then commandeered for active service during WW2 and then transformed into a race winning trials car. That is some serious shape shifting. The car will be offered for sale at the nextH&H Classics auction at the Imperial War Museum Duxford on September 8th.

It was converted into a Trials Special by Cyril Crosby, foreman of Vauxhall’s Experimental Engine Test Department, during the 1940s, and uprated with a 1500cc, 12hp engine in 1948 which was then supercharged and it went on to win multiple class awards from 1947-1955. 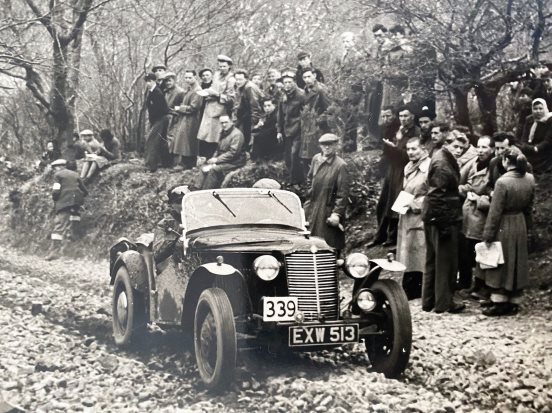 Starting life as a Bedford HC 10hp 5 cwt butcher’s van, this very successful trials special has a fascinating history which the vendor has been able to unearth since acquiring it in 1965.

When war was declared in 1939 the van was commandeered by the Government for active service. In 1942 it was returned to the baker with 20,000 miles recorded resplendent in a khaki colour scheme. It was subsequently acquired by Cyril Crosby, a Vauxhall employee (foreman of the Experimental Engine Test Department) who had competed in motorcycle events since 1925 and was looking for a suitable donor in order to create a special that would be able to compete with Morgans and MGs in trials.

The chassis sidemembers were modified and a crossmember installed that allowed the engine to be moved back some seven inches. A strong tubular crossmember was added to the rear to cope with the twin-mounted spare wheels. The brakes remained standard although an MG fly-off handbrake was modified and fitted as well as a remote-control gear change.

At first, the original engine of 1203cc was retained but after being damaged in 1948 on a difficult trial stage it was replaced by a 1442cc 12hp unit bored out to 1489cc to get as close as possible to the 1500cc maximum permitted.

Mr Crosby eventually sold the car in the mid-1950s and the vendor purchased it from a lady in Luton in 1965. On passing her driving test she had asked her husband for a sportscar and was said to be somewhat in awe of the available performance! By now the car had deteriorated and a considerable amount of work was needed to restore it properly although this was mainly mechanical as the body had remained in good order.

Before work commenced Mr Crosby got in touch having heard about the project and some of the gaps in its story were filled. Upon completion of the mechanical side the body colour was changed from red to white, the seats welded in and refurbished, and the chrome work replaced. No longer campaigned in trials, it was enjoyed on the road and became a regular on the Kent vintage rally circuit.